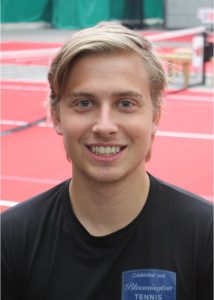 Benjamin Philip came to BTT from the north suburbs of Chicago, where he was born and raised.

He played tennis at both Deerfield and Lake Forest High Schools, both prestigious tennis programs thru the long history of great IHSA tennis, and he finished all-state his senior year placing 16-24.  He attended Division II-Lewis University where he was on the tennis team and studied Broadcast Journalism.  His Lewis U career featured qualifying for Nationals 3 times and top 20 in the Nation.

As a long time tennis player since he was a young teen, Ben has the enthusiasm and passion for the game of tennis and the Chicagoland knowledge and experience that our district so desperately needs when taking our kids from district level players to sectional level players. 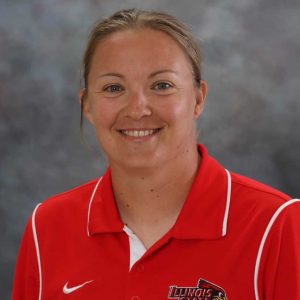 Coach Kovacek is a native of Croatia and played her collegiate tennis at the University of New Mexico.

She was an outstanding collegiate player earning three bids to the NCAA Tournament and garnered National rankings as high as #2 in doubles and #21 in singles...AMAZING!!

She served as an assistant at the University of Oregon prior to coming to ISU and has been leading the Redbirds since her hire in the summer of 2014.

Coach Kovacek knows her stuff and is available for private instruction...see her to take your game to the next level!! 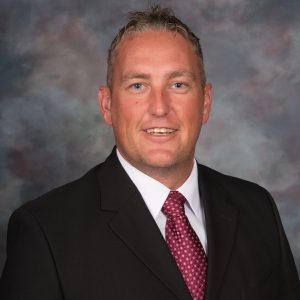 Coach Klysner was born in Denmark, prior to his family moving to Winnipeg, Canada.

As a Junior, he played for the Canadian Junior National Team and his claim to fame is that he has a junior win over former #1 player in the world, Andy Roddick..pretty darn impressive!

Mark was a standout tennis player at the University of South Carolina and has coached at several D-1 programs prior to making the track to Normal as Head Coach of our Redbird's Men's Tennis Team.

If you are a hard-worker, Coach Klysner is available for private instruction when he isn't recruiting or coaching the team. 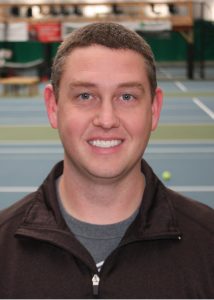 Tim is a Bloomington native and has been a member of the BTT staff since 2017.

He played at Bloomington High School and earned several individual and team conference and sectional championships in the early 2000’s. His high school career culminated with a runner up finish in Doubles.

Tim continued his tennis career playing collegiately at Illinois State University from 2003-2007. After college he stepped away from tennis but his 3 young boys have helped him find his love for the game again.

Tim currently works for State Farm Insurance but finds time to help coach players at all age levels here at BTT. We enjoy having Tim’s experience and energy here to help guide players as they learn the game of tennis.

Ric has a profound love for the game of tennis, and has led the IWU women's program for quite some time now.

Ric's son, Ricky, was a standout at BHS, prior to playing club tennis at University of Iowa, so you may see the two Zamudio's on court from time to time playing a little father/son doubles.

We are happy to have Ric's tennis knowledge at BTT! 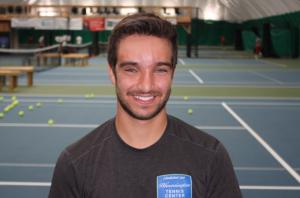 Ricky grew up on the courts in Bloomington-Normal, and enjoys the opportunity to give back to the local tennis community as an instructor.  He started tennis at age five - taught by several current and former BTC pros - and has never put the rackets down.

After years as an active USTA junior and a successful career at Bloomington High School, he stayed involved with the sport as a player and officer with the University of Iowa Club Tennis team.

Today, he still frequents local courts for some friendly competition with tennis friends he's met through the years.  He enjoys sharing tennis with others, and helping students achieve their goals and enjoy the game. 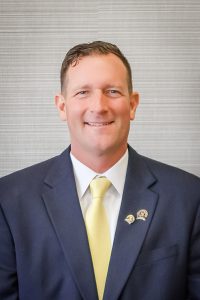 Mark is a life-long tennis fanatic and was proud to be able to build a quality tennis center in Bloomington/Normal. Mark played tennis at Jersey Community High School and was a state qualifier and was recruited to play tennis at Eastern Illinois University.

Mark transferred from EIU and ended up at Division III Illinois College in Jacksonville, IL where he played a successful collegiate career at #1 singles and doubles. He holds the record for most career wins in singles and doubles at IC, not to mention holding the highest win percentage.

In 2013, Mark was the captain of the 9.0 Mixed Doubles Team from Central Illinois that won the National Championship in Tucson, AZ. Mark is currently a Realtor at Berkshire Hathaway Snyder Real Estate here in Bloomington and also serves as an assistant coach for the University High School boys tennis team in Normal, IL. 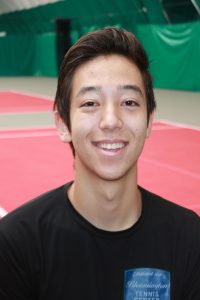 Thomas has been playing competitive tennis in Bloomington for the last 10 years and is now playing on the club team at Northwestern where he studies chemical engineering.

In his high school career at U-High, he was an All-State player for 3 consecutive years, a part of the 2018 and 2019 IHSA State Champion teams, and he won the 2019 IHSA Doubles State Finals with partner Tyler Bowers.

In his free time, Thomas has been playing picklebass and is excited for the new inclusion of pickleball at BTT.

Thomas has been on the BTC team for 4 years and continues to enjoy coaching both kids and adults! 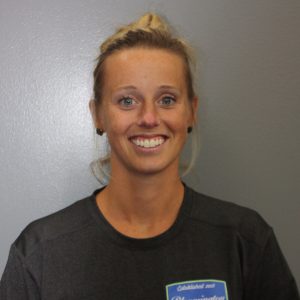 Hannah is a native of Effingham, IL and was a high school standout prior to being recruited to play at Illinois State University.

After a standout career for the Redbirds, she was hired by State Farm Insurance and we were lucky enough to have her stay in the area.

Hannah has experience working with young kids, all the way up to adults of all ability levels and she is very knowledgeable about the game of tennis.  Her passion and love for the game is quite obvious when you see her on court.

Hannah was also a member of the 2013 9.0 Mixed National Championship Squad as she teamed up with local 4.0 tennis legend Joe Rottman as they made a formidable tandem. 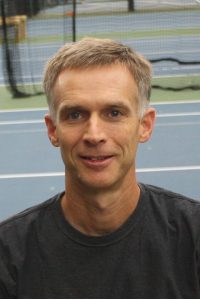 Jon is a Biochemistry professor at Illinois State University and loves the game of tennis.

He played D-3 tennis at Bluffton College in Ohio, prior to heading to Purdue University for his graduate work, and then to University of Michigan for his post-doctoral work.

Jon has led U-High to a top 20 finish in the IHSA State Tennis tourney in his two years as head coach and has a fantastic squad for the coming few years...not to mention U-High's Sectional Team Title in 2016, which has been a long time coming for the Pioneers.

He too was a member of the 2013 9.0 Mixed National Championship Squad and won the deciding match against Northern California to clinch the title.

Jon is a valuable asset to BTT and will work with any junior or adult that wants to improve their tennis game.